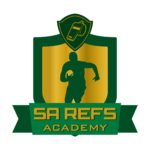 The TRRA would like to congratulate Joey Swatzell and Cole Jones on being selected to attend the South Africa REFS Academy in Stellenbosch, South Africa

Both Joey Swatzell and Cole Jones will spend three months at the SARefs Academy which is one of the worlds premiere rugby referees training academies. The SARefs Academy endeavors to train young referees to attain a very high standard of refereeing, creating young, competent referees who will serve the game of rugby proudly.

This is the only institution where a referee can expect to have their pick of 26 hostel games per week, not to mention WP League and school games on weekends as well as enjoying access to the University’s Gym, Vision lab, and a curriculum developed specifically for referees.

“This is an incredibly historic moment for Texas and the entire United States. Texas becomes the first Local Referee Society to send referees to South Africa for the best training on the planet” said TRRA Chairman Butch Neuenschwander.

The TRRA would like to acknowledge both the Texas Rugby Union and Houston Youth Rugby Association for making significant contributions to the TRRA Ref Academy Fund as well as the SWC, LSC, Rugby Texas conferences and our sponsor Ruck Science . In addition to this generous support, we would also like to recognize the TRRA referees that have been donating their match fees to the TRRA Development Fund.

The TRRA Ref Academy was set up to provide young referees with the highest level of training and to ensure that our partners in the Texas Rugby community have access to quality match officials for years to come. It is through the continued support of the Texas rugby community that this effort of raising the level of rugby match officials in Texas will continue to be a success.

National Panel Referee Scott Green explains “The training and development of referees is a long and somewhat difficult process that requires a considerable amount of time and resources. With most referees already busy doing their own matches on Saturdays it becomes near impossible to provide our referees with the level of coaching needed to improve in a timely manner. Attending the SARefs Academy addresses this by allowing the TRRA to expose it’s referees to the number of matches and training that would normally take 3 years in Texas effectively cutting their development time by more than half. Its a win win for everyone in the rugby community”.

If you would like more information on how to be considered for SA Refs Academy or if you want to support the TRRA Ref Academy Fund by donating please contact the TRRA Chairman.