Thirty players on one pitch, all managed by one whistle…sounds daunting, right? Not as much as you’d think, being a rugby referee means you have the best seat in the house! The TRRA is hosting the countries first ever women’s only Level 1 Referee Course (sponsored by Try on Rugby) this weekend in Houston. Along with USA Rugby’s support, the TRRA looks to increase the number of certified active female referees in Texas. Two women will earn a spot at a USA training camp during the iRB Women’s 7s series in Atlanta 7s.

Before the unprecedented event this weekend, TRRA asked some female veteran referees and newly certified referees what led them to pick up the whistle: 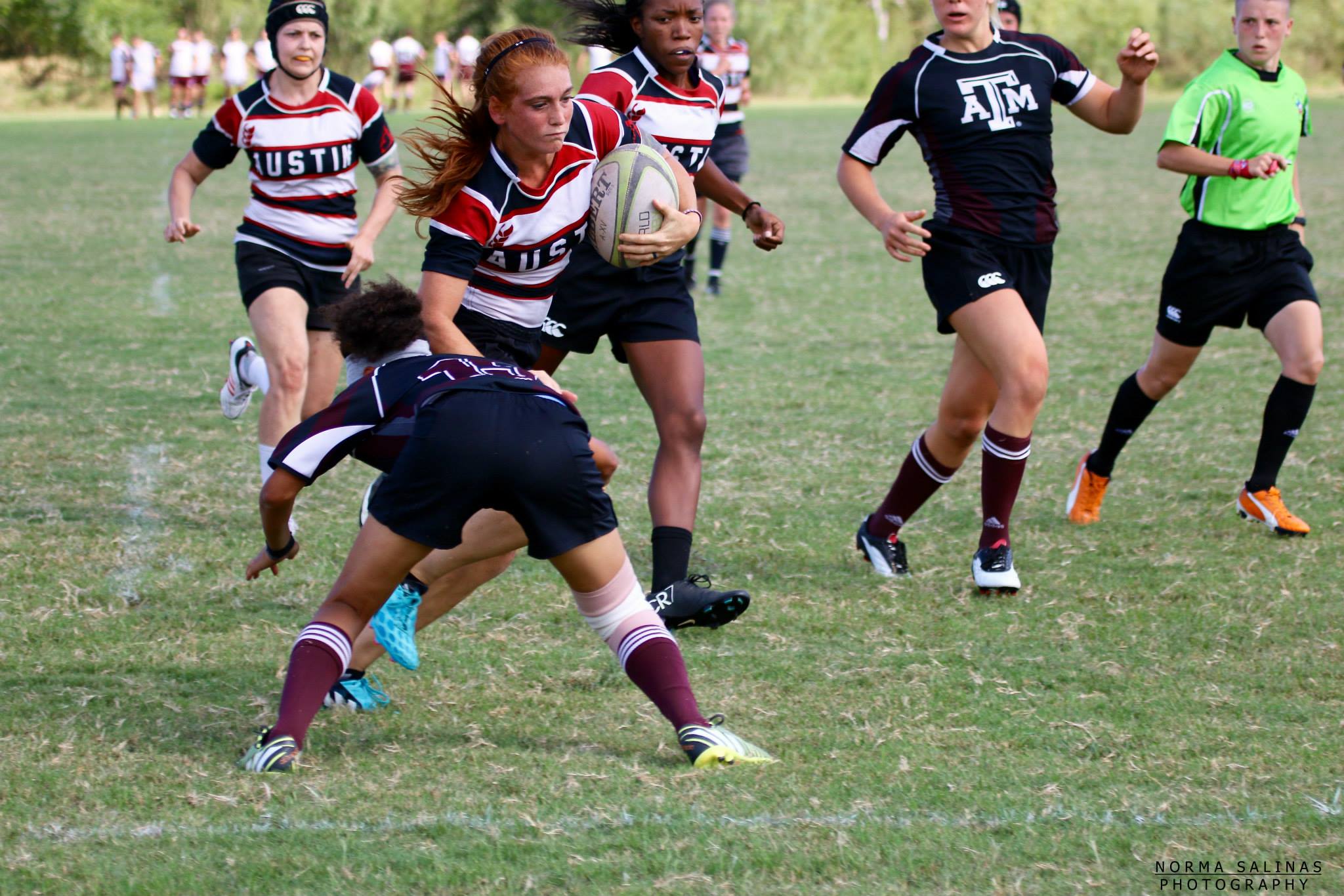 Being a referee was never part of the plan, I just wanted to be a better player. Someone told me the best way to learn a sport is to be a referee of it. I figured it was a quick way to learn the rules, so I took a course at the summit in August from Traci Young. She was an amazing instructor with an incredible amount of patience and passion for the game.  She walked us through a game and we even had the chance to practice with a real scrimmage.

A few weeks later I was the center ref at a collegiate tournament. I’m a 27 year old that discovered I was scared of blowing a whistle. Luckily, Wendy and Traci Young were on the side to help me through it. They kept it upbeat and talked me through the game from the side with no ridicule. If they hadn’t of been there I might not of been a ref again after that game. I’m still reffing because I feel I still have so much more to learn about the game and there really is no better seat than right there on the pitch. 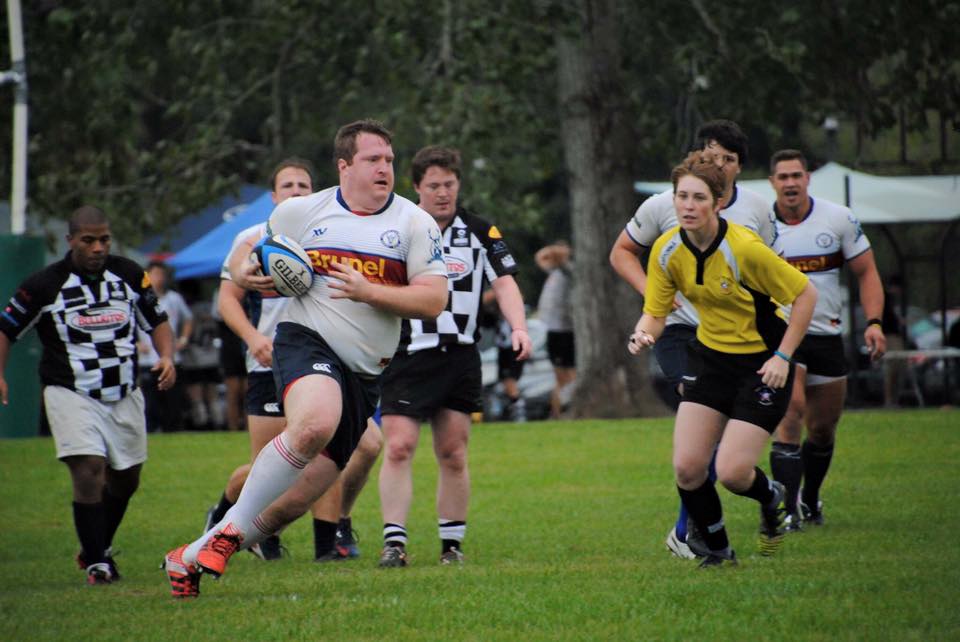 At first I became a referee so I could become more knowledgeable about the laws, and maybe free up a higher level referee or two for women’s matches by taking a few lower level or friendly matches. Help spread one of the lesser seen burdens of a sport that’s gaining popularity quickly across more shoulders. After all, without a referee its hard to play a match. Also, at 29 I also realize that the number of years my body will be able to and family life allow me to continue playing with my team competitively are unfortunately decreasing. Refereeing gives me the option to continue on in another capacity with the sport I love.

My favorite part is the scrums. From start to finish refereeing the scrum is my favorite especially at the Senior men’s match. There is something about being right there with a few thousand pounds of men intently listening to getting ready to engage that makes me feel like I could do anything. That doesn’t mean scrums are not tricky to referee and that I take them lightly! I am a lock so I get to taste the energy without my head being squished.

A piece of advice: Don’t let your first few matches define the experience for you. After the weekend of my first two, I wanted to quit. Since I was committed to another tournament the next weekend I put off the decision, and worked hard on the referee skills that were the weakest to prepare. Now, I am so glad I stood by my commitment and didn’t give up, because I would have cheated myself out of something that I not only enjoy but out of an awesome community as well. 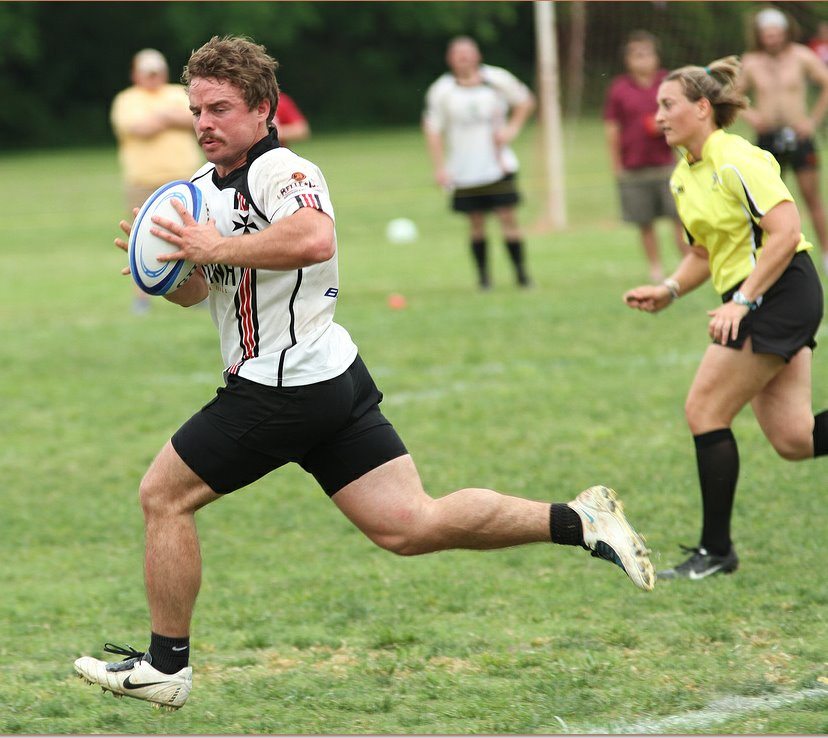 I became a certified referee in 2008. I was still playing at the time, so I couldn’t ref full-time, but I wanted to help out the college women teams as they usually got the bottom of the barrel or no referee. I refereed my first game at Corpus Christi 7s By the Sea and I was surprised at how fun it actually was and that I really wasn’t that bad.

A few years later, I was coming to the end of my playing career; however, I still had that competitive drive. I soon realized that being a referee was the next chapter in my rugby career. The TRRA was my new team and my teammates were now spread across the state. Being a referee requires me to stay physically fit and challenges me mentally. Refereeing brought new challenges as well as adventures. I have had the opportunity to referee the High School Girls National Championships, in-goal for the iRB Women’s 7s series and center the TRU Division II Championships. 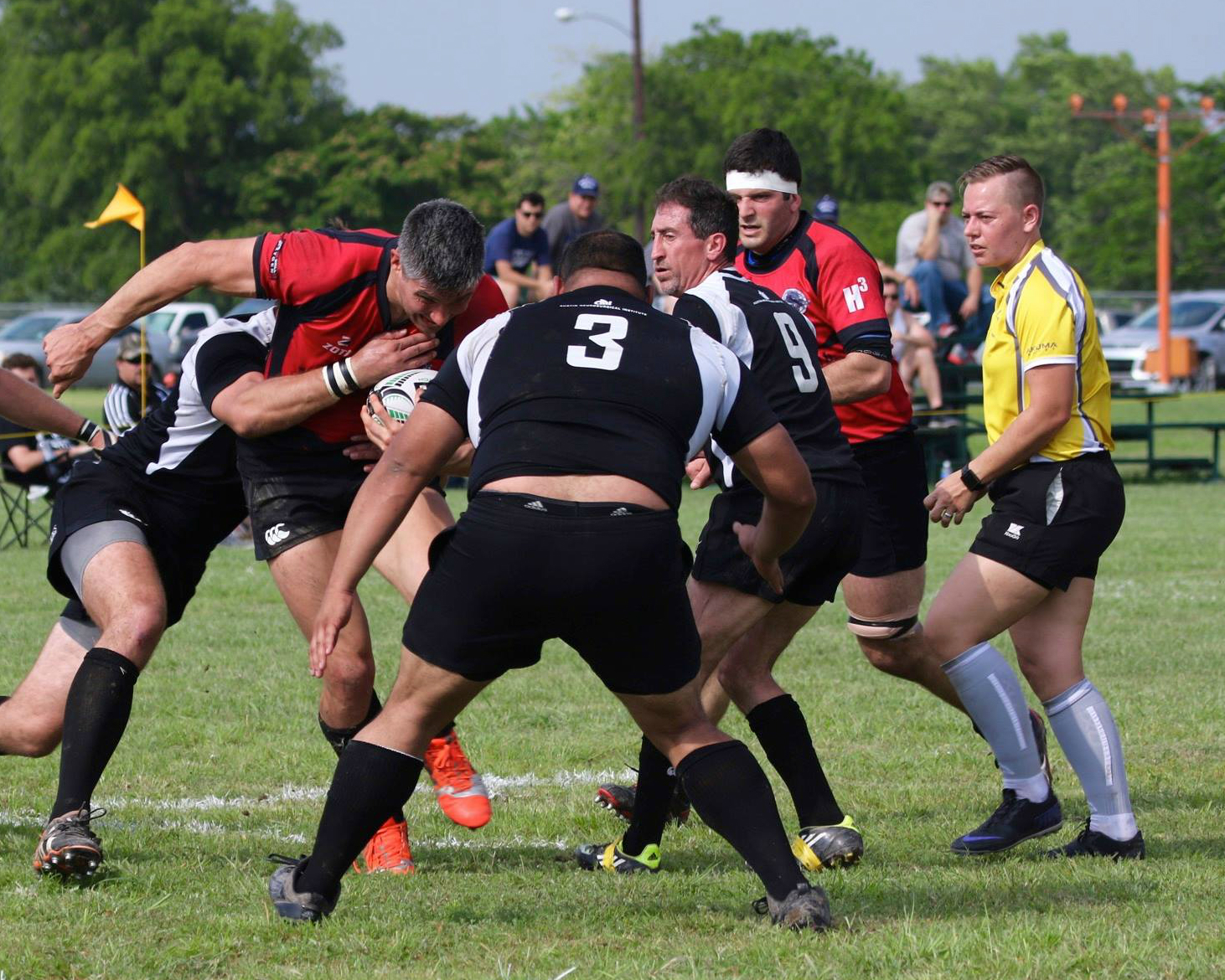 I took my Level 1 course in 2007 in a room full of men. I was expecting that my teammate and I would be the only females at the course, but was surprised that we were the only ones under 35. After the course I received my first Acme Thunderer whistle, yellow and red cards and a small iRB ready booklet. A few weeks later I accepted an assignment and stepped out on the pitch to referee a collegiate women’s game and was hooked.

Looking back now, I became a referee because I wanted to learn the laws, stay fit and give back to the game. At the time I was still playing competitive rugby and eventually retired in 2011 to become a full-time referee. If you’re searching for competition after hanging up your boots, refereeing has that as well. There is competition for appointments, fitness testing, law knowledge and advancement.

Looking back, I would never have imagined how much I would love it or the opportunities I’ve had and hopefully will continue to experience. My highlights would be AR/IG at the iRB (now World Rugby) Women’s 7s Series, multiple USA Appointments in 7s & 15s and refereeing the RRRC Men’s DI Club decider between the Austin Blacks and Dallas Reds last year (both final four contenders in the USA Rugby Men’s Club National Championships).